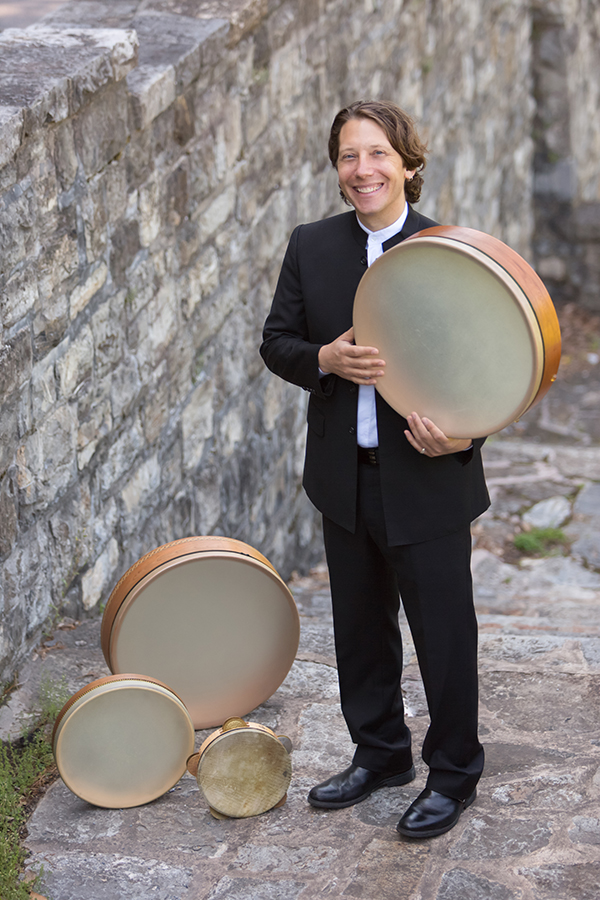 Shane Shanahan (Musicianship)– Percussionist/composer/arranger Shane Shanahan has combined his studies of drumming traditions from around the world with his background in jazz, rock and Western art music to create his own unique style. Since 2000 he has been touring around the globe performing with Yo-Yo Ma as an original member of Grammy-Nominated Silk Road Ensemble. His arrangements and compositions are featured on several of the group’s recordings for Sony Classical and he can be heard and seen on Mr. Ma’s Grammy Award Winning holiday CD/DVD release, “Songs of Joy And Peace.” He has performed and/or recorded with Bobby McFerrin, Aretha Franklin, James Taylor, Philip Glass, Alison Krauss, Deep Purple, Jordi Savall, Sonny Fortune, Chaka Khan, and Glen Velez, among others. Shane’s dynamic performances have brought people to their feet in the greatest concert halls of the world, including Carnegie Hall, after which the New York Times proclaimed, “By the time he finished in a virtuosic jester’s dance, limbs flying as he whirled back and forth between doumbek, cymbals and body parts, the audience roared with delight.” He has also performed twice for President and First Lady Obama, including once at the White House.

A strong believer in the transformative power of education, Shane frequently presents workshops and clinics at the world’s leading universities, including Princeton, Harvard, and Cornell. He is a Guest Artist at the Hartt School and is also the Lead Teaching Artist for the Silk Road Project’s arts-integrated education initiative, Silk Road Connect. Shane collaborates actively with the dance, theatre and yoga communities in the New York area and while not on tour, he teaches drumming classes in Brooklyn. He has also played in the pit orchestras of several Broadway shows including Caroline, or Change, The Color Purple, Shrek, Spider-Man, Fun Home, and, opening in the Spring, Tuck Everlasting.

“The fancy rhythmic riffs percussionist Shane Shanahan thumped out on his chest, belly, thighs and face had the crowd erupting in astonished cheers.” -Chicago Tribune